We are proud to announce the re-signing of Maria Patrikis with AFC for the third year running. @marieah__ came through the junior ranks of Ashburton United and has developed to be a integral member of the first team. Welcome back @marieah__

Alamein FC is Proud to announce the signing of former Adelaide United player Lucy Adamopoulos for the 2018 season. Lucy moved to South Melbourne's NPLW  team half way through 2017 after a stint with West Adelaide Hellas. Lucy is a versitile player; her composure on the ball has given her the ability to play in a range of positions, either across the back four or through many advanced positions through midfield and up front. She also provides another strong choice at both corners and free kicks.

Catherine Brown Signs on as Senior Player and U14s Coach 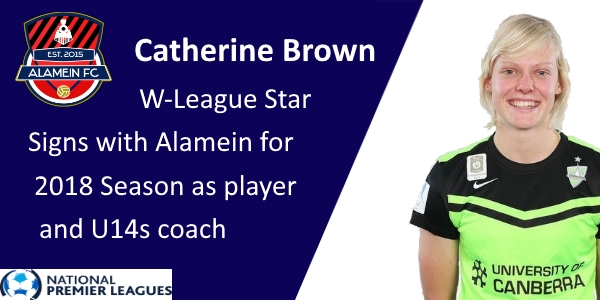 Catherine Brown is Joining us as our U14s coach and senior player. Catherine has been playing football for 19 years, starting with her local club in Canberra and working her way to eventually play in the W-League for Canberra United for 6 seasons.Catherine has represented Australia at U17 level and also Young Matildas and she has coached a number of junior teams including the ACT girls at the FFA National Championships.
We welcome Catherine to the Alamein family. 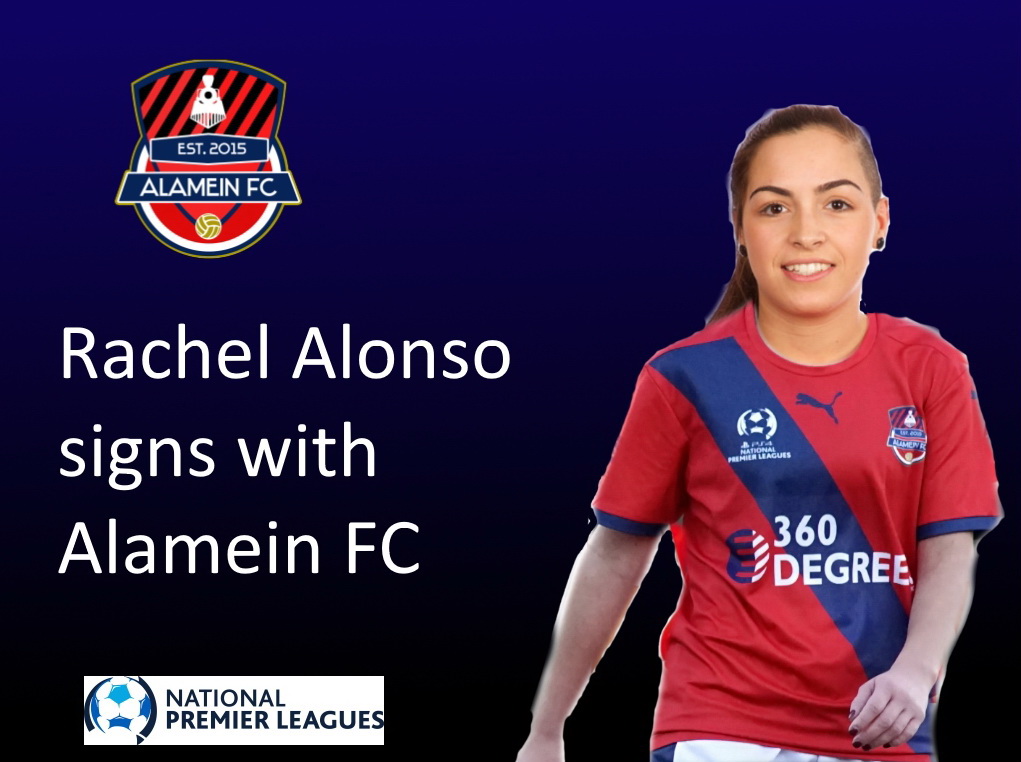 We are proud to announce the re-signing of Amy Jackson for another year with AFC for the 2018 Victoria WNPL season. Amy will be joining the team upon the conclusion of her W-League commitments with Melbourne City. Welcome back @amyjacksonx.

Alamein FC is pleased to announce that it has signed the first of its visa players for 2018. Allie Rossi is a tenacious defender and goal denier. Over her 4 year collegiate soccer career at the University of South Florida (USF) and the University of Miami, Alexis "Allie" Rossi has anchored an impenetrable defense. In 2015, she was named American Athletic Conference (AAC) All-Conference 2nd team. She directed a USF defense that led the ACC in fewest goals allowed (15, 0.68 Ave/Game), fewest shots per game (9.6), and shutouts (12, 0.55 Ave/Game) while logging over 2000 minutes of playing time in 2014 and 2015. 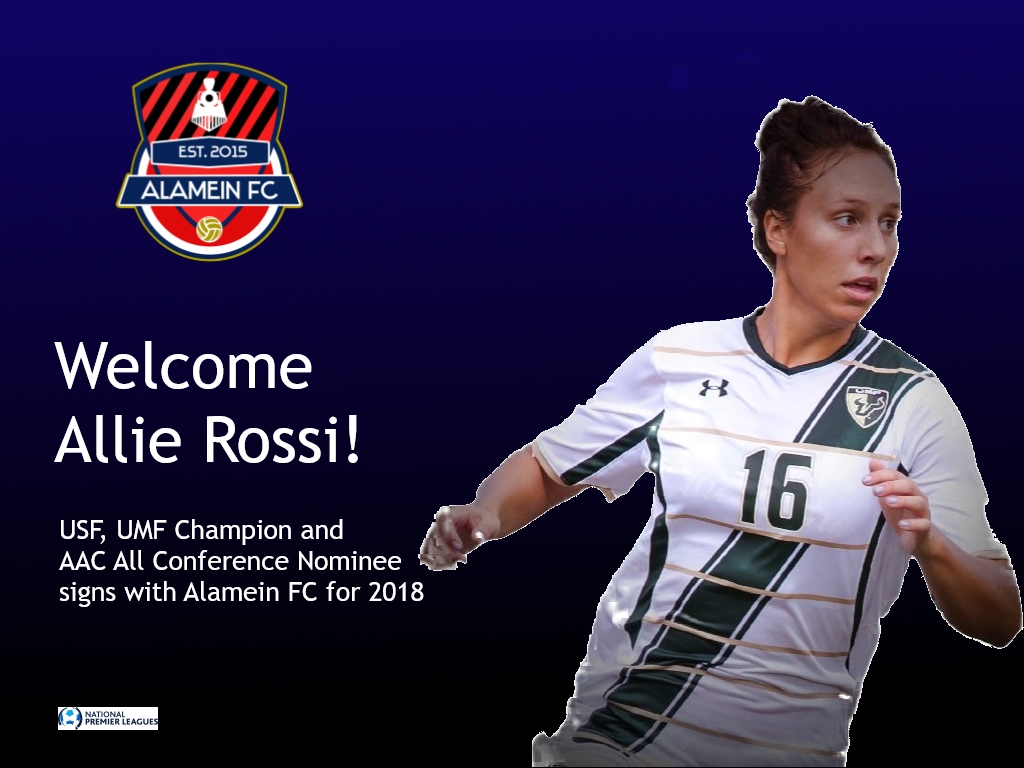 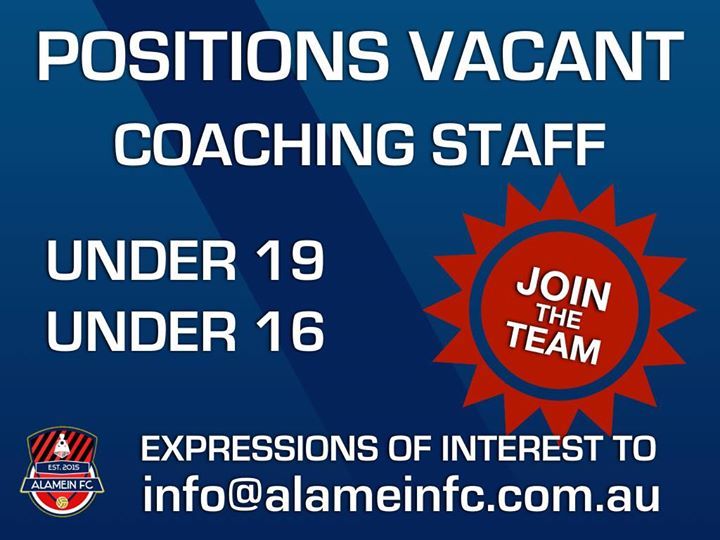 Have you got what it takes to train and guide a team of female football players to assist with skill development aimed at improving the performance of the team. The Coach should follow the philosophy, as set out in the FFV/FFA Curriculum and that of our club, whilst being sufficiently flexible to cater for any unique needs and circumstances of each player within the team.
You will be supported by TD Mark Cassar and the other coaching and support staff in your transition.
Expressions of interest for our under 19 and under 16 squads.
Please contact the club confidentially via email

Like most clubs at this time of year we are still finalising our squads. We have a limited opportunity for interested players in our Under 19 Squad for 2018.
If you haven't found the right club yet, it's not too late. Simply email us your interest and we'll get in touch with you.

Alamein FC are excited to announce trials for the 2018 season.

To register, please click on the button below and complete the form .  We look forward to seeing you!